How do you go from bridgemaker to filmmaker? Woodcliff Lake native Jon Doscher parlayed his construction gig into a chance to head his own movie company – and it all started with a box of cigars he sent to Jack Nicholson. You’ll never guess what happened next 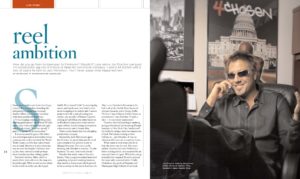 Keshon Moore and his passengers weren’t sure why they’d been pulled over. It was raining like crazy on the New Jersey Turnpike and Keshon hadn’t been speeding. It was late, but Danny Reyes had been keeping him awake. So it wasn’t reckless driving. “I had a suspended license, though,” he says. ” I figured they’d […] 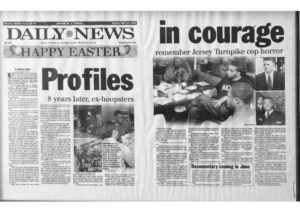 Local film directory looks at all the angles

The next project that local filmmaker Jon Doscher and his company, Starline Films, will concentrate on is as homegrown as the filmmaker. “I’m very excited about the two projects Starline is working on,” he said. “Yes, they are true stories that have tragic story lines, but they ultimately result in positive messages for the audience. […] 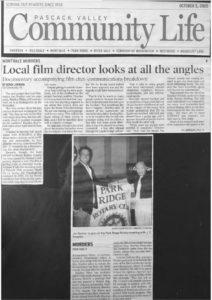 It was a matter of intrigue according to Jon Doscher. As a freshman at Pascack Hills High School in 1985, he heard a shocking story about a local homicide from Tony Jannicelli, a detective (now chief) at the Woodcliff Lake Police Department. 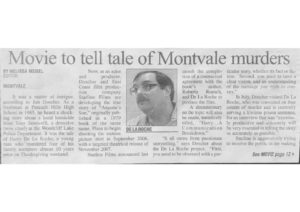 As Ridgewood’s Jon Doscher begins pre-production on his second feature film, what advice does the producer and actor have for the millions who dream of chasing their Hollywood dreams in the movie business? 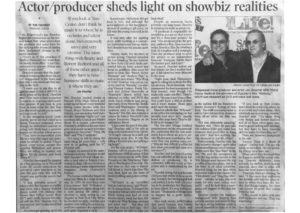 Jon Doscher, who grew up in Woodcliff Lake, has discovered the success of his dreams — managing his production company, Starline Films. The company’s first film, Remedy, has recently been released on video. While filming Remedy, Doscher featured local personalities, including former Woodcliff Lake mayor Josephine Higgins, who played the part of an ambulance driver. The […] 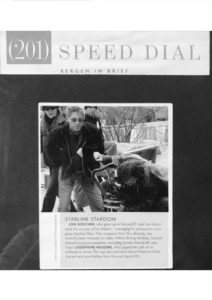 Bergen County native Jon Doscher always felt he needed to prove something. He joined extracurricular activities as a student at Pascack Hills High School and competed on varsity athletic teams.

Remember the name Jon Doscher, because he is set to make his mark on the entertainment industry. Doscher, a 1989 graduate of Pascack Hills High School, is now an actor and producer with his own production company, Starling Films, based in Upper Saddle River and New York City. the company, owned by Doscher and his […] 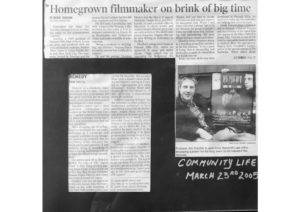