Remember the name Jon Doscher, because he is set to make his mark on the entertainment industry.

Doscher, a 1989 graduate of Pascack Hills High School, is now an actor and producer with his own production company, Starling Films, based in Upper Saddle River and New York City. the company, owned by Doscher and his partner Kevin Leckner, has five full time employees and five interns. 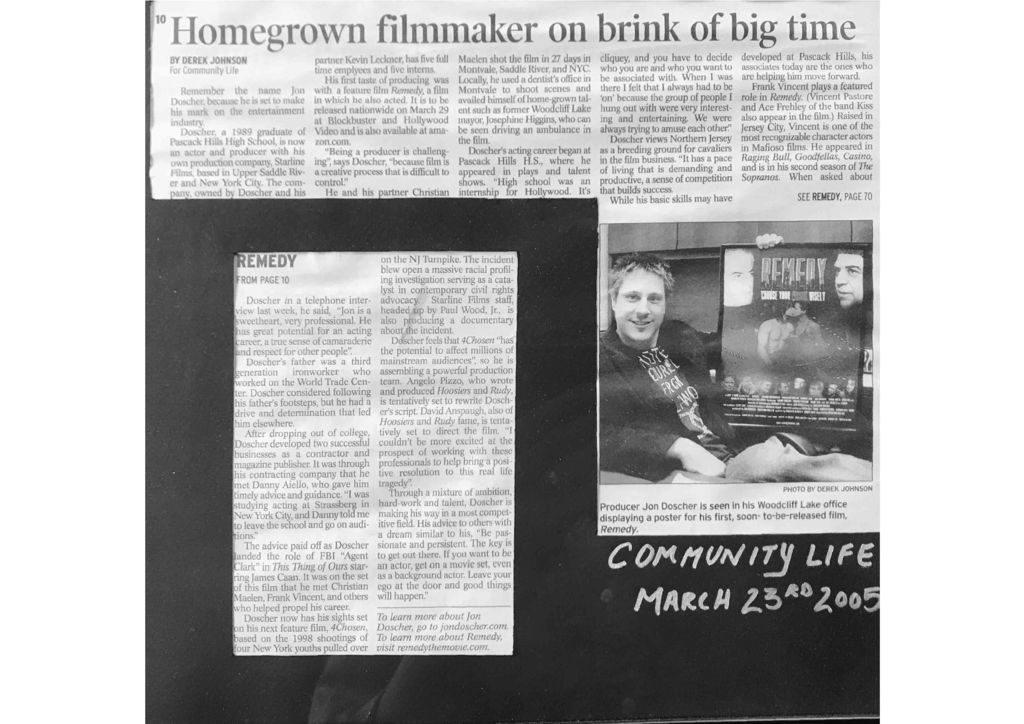